Sharp BIG PAD interactive displays are being used in ever more ingenious locations, such as by this top-flight Spanish basketball team - helping them analyse their own, and their rivals, play, to improve overall performance.

Club Joventut de Badalona, is one of the most exciting basketball teams playing in the Premier Division of the Asociación de Clubs de Baloncesto (ACB), the top Spanish Basketball League. Known to its fans as La Penya (The Club), it is one of only three teams never to have been relegated from the top division of the Spanish League.

Founded in 1930, they play at the Palau Olimpic de Badalona, Barcelona, Spain. In 1994 they were the first Catalan team to win the FIBA European Champions' Cup, now called the Euroleague,

When Carles Durán became Head Coach for Club Joventut de Badalona in February 2018 he knew that he wanted to modernise the way the team trains. Since his arrival he has been looking for the right tool that would help the team analyse both its own performances, and those of its rivals, on a single screen. It found the solution in the Sharp BIG PAD PN-70TB3 interactive display and dedicated Sport Training software, which makes full use of the Sharp Pen Software.

The Sharp BIG PAD PN-70TB3 is a 70-inch interactive display with 10-points of contact, allowing for up to four users to use the screen simultaneously using touch pens or fingers. It’s the ideal choice for presentations, discussions and lively exchanges of opinions.

Using a touch pen, users can easily launch and display the Sharp Pen Software menu, which provides easy access to pen settings and functions. Pen settings, such as colour and line thickness can be set for each touch pen.

He believes the Sharp solution is having an impact on the overall performance of the team, making it a vital part of training. “On a daily basis we use the BIG PAD in training, at the court side, at any moment we can use it to teach or to show points that I think are important.”

They do this by analysing all the valuable information for rival teams, then edit the footage down to the most important parts and then share this with the players on the Sharp BIG PAD screen. The annotation software then allows them to interact directly with the screen so players can see in real-time how they can improve their own games.

“I can draw on the screen to point out examples much clearer,” says Carles, “in order that all the players can improve what is necessary to continue improving as a team.”

Jaka Lakovic is one of the Assistant Coaches at the club and instantly understood the benefits of the new screens and software. “With the new technologies, and also the help of Sharp, we can present all the information to the players and on the spot can add touchscreen drawings in the same presentation, so the players can imagine the most important things even better and have a better outcome on the court.”

Pau Del Tío, also Assistant Coach at the club, agrees, saying, “We have both pre and post-match team sessions, also sometimes individual sessions, to analyse the rival team’s strategy. Sharp is helping us to take maximum advantage of the monitor resources and interacting with the monitor is very easy because the image software is common, with tablets and everything in general.”

In fact, Carles Durán believes there is only one problem with the current setup, saying with a smile on his face, “the only handicap, the BIG PAD cannot travel with us” which is proof enough of its effectiveness as a team asset.

See for yourself how Club Joventut de Badalona is making the most of the Sharp BIG Pad and Sports Training software: 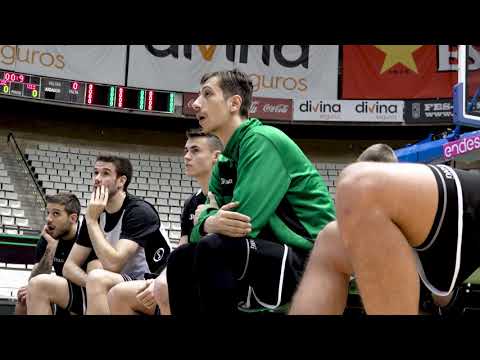 To find out more about Sharp BIG PAD interactive displays and partner software solutions, Get In Touch for a demonstration.